10 Most Incredible Discoveries Made By Divers

Looking a little like a skull, Mexico’s “Temple of Doom”, aka Cenote Esqueleto, is an apt name as one of the most hazardous and intricate dive sites in the world. This cenote is incredibly dark, disorientating and dangerous.

Divers are asked to stick to sunlit areas to be safe, and take extreme care as many passageways are tight and narrow. It’s very easy to become lost in Cenote Esqueloto, and many divers have run out of air trying to find their way back and died. 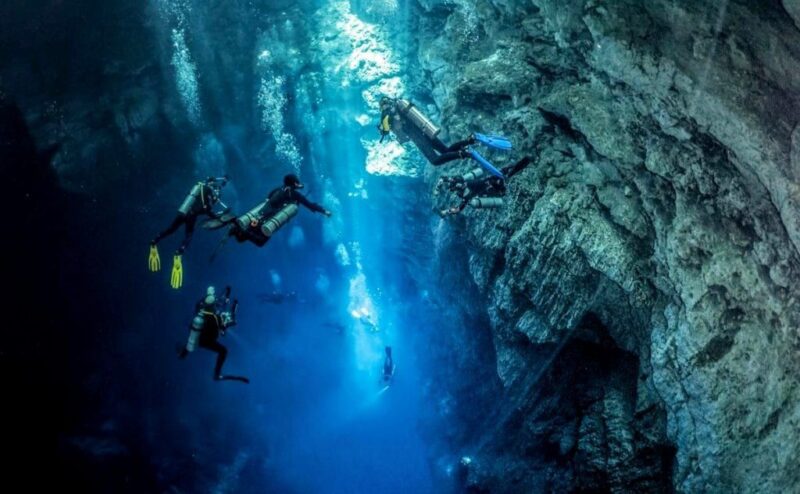 2.A Hole in the Earth

A huge underwater pit off the coast of Belize that extends 125 meters deep into the earth’s crust. In the winter of 2018, a number of divers went deep into the blue pit and made explorations .Up to a depth of 90 meters from the surface of the pit, they saw huge sharks and turtles, but from a depth of 90 meters onwards, life disappeared in this pit. A thick layer of toxic hydrogen sulfide covered the entire surface of the pit like a floating blanket. There is no vital oxygen at that depth. at a depth of 120 meters, explorers found something that surprised them. Stalactite caves that show the ancient past of this water hole. 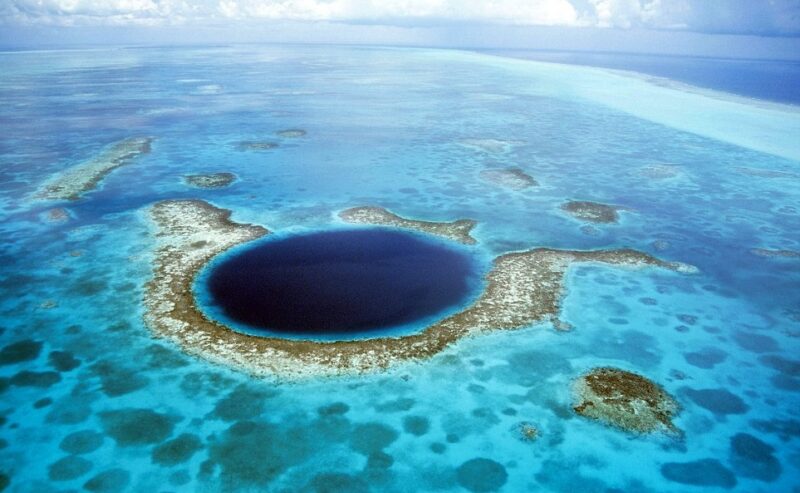 There is a river flowing along the bottom of the Black Sea that is complete with trees,  leaves, and ever waterfalls, and has been an intriguing aspect of the ocean since it was found. According to scientists, if the river was on land, it would be the sixth-largest river in the world in terms of the volume of water flowing through it. 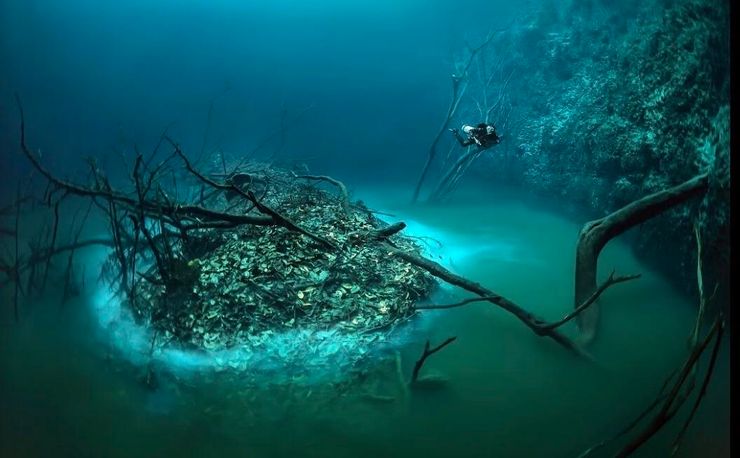 They’re called cenotes in these parts and there’s one underwater world in particular that demands to be explored. It’s known as Cenote Angelita — Little Angel — and the discoveries that have been made down here are remarkable indeed.

Located off the coast of India, the city of Dwarka, also known as the Lost City of Lord Krishna is one of the most researched and documented underwater sites in the world. Archaeologists believe the city, before it submerged entirely underwater dates back over nine thousand years and was one of the busiest ports in the country at the time. The city, which is still underwater, has several of its stone structures still intact, along with a grid of streets that were once used by its people.

Another lost city off the coast of India joins our list, but it’s the discovery that is more remarkable than the city itself. The Lost Pagodas was long considered a myth by many because of the lack of scientific evidence of its existence, but in 2004, when the infamous Indian Ocean tsunami hit, taking hundreds of thousands of lives, for a brief moment, when the waters parted, large rock-like structures emerged from the water and were witnessed by many onlookers. 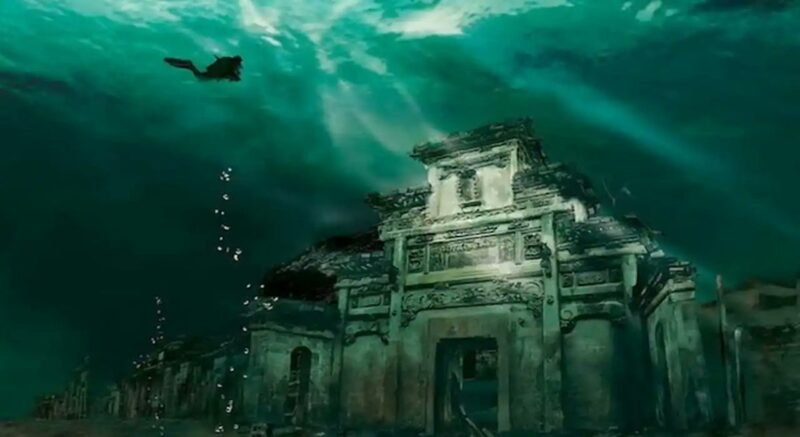 One of the more eerie discoveries on our list is this inexplicable entry of a locomotive graveyard. Found off the coast of New Jersey, were several fifteen-ton locomotives in incredible condition, nearly one hundred feet below the ocean waters. The trains were built in the 1850’s, making this discovery over a century and a half old with very little explanation for how they ended up in the ocean 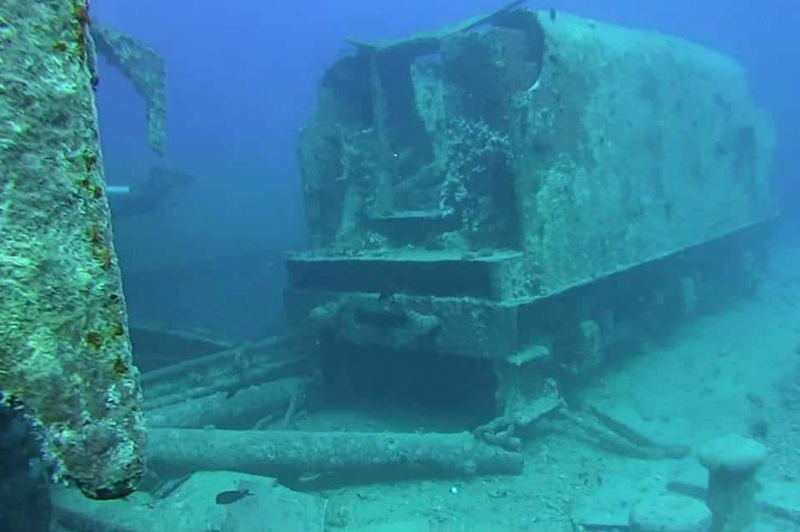 7.The Pyramids of Yonaguni

Located off Ryukyu Island in Japan, Yonaguni’s mysterious pyramids have baffled scholars ever since being discovered in 1986. The area has long been a popular dive site due to the graceful hammerhead sharks that glide through the waters here.

But in the decades that have passed since the massive stepped monoliths first came to light, divers have had another reason to take the plunge and head down to the captivating depths. 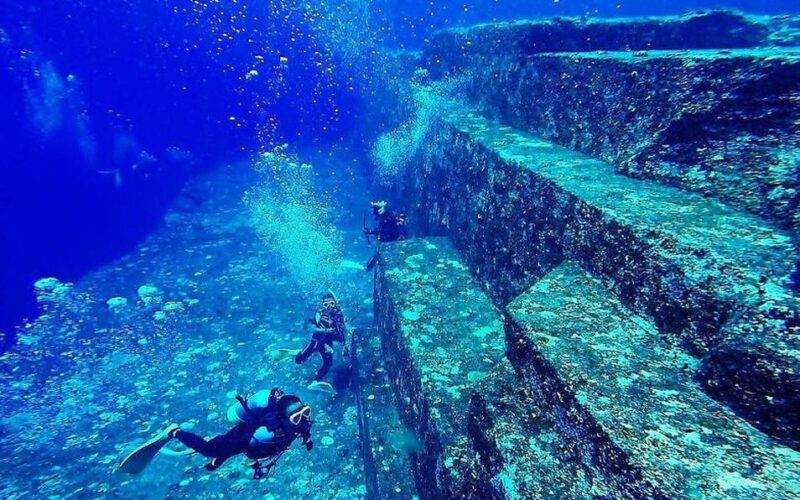 The world was completely shaken when Peter Lindberg, Dennis Åberg, and their “Ocean X” diving team came across the Baltic sea anomaly near the Gulf of Bothnia, as it seemed like undisputed proof of UFO landings.

This anomaly looked like a sunken alien ship but scientists came to the conclusion that it was just a glacial deposit. However, many investigators aren’t convinced with that story but they haven’t been able to elaborate another hypothesis. 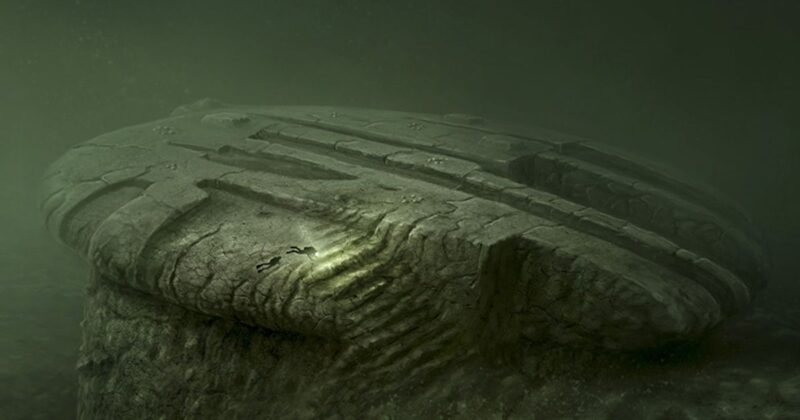 In 1996, the president of the European Institute of Underwater Archaeology made a startling discovery, the long lost island of Antirhodos. He actually spent 10 years planning an expedition to the island to uncover the secrets of Cleopatra’s sunken palace.

The island sank without a trace in the Fourth Century due to a great earthquake prompting a chain of devastating tremors and a powerful tsunami that struck the Egyptian coastline hard. Once a place of immense wealth and splendor, Antirhodos vanished to be rediscovered in the 90s, a priceless archeological find recovering well-preserved and authentic relics, statues and artwork. 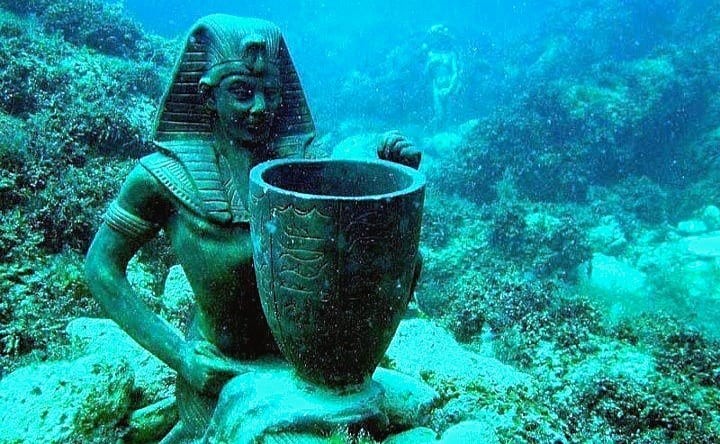 10.Sunken Yacht in the Antarctic

Ghost ships have long beckoned divers keen to explore their sunken hulls. Most date back to days long gone, but the stricken Mar SEM Fin was a wreck more modern. This Brazilian research vessel slipped beneath the surface in 2012 having become trapped in the frigid waters of Maxwell Bay, not far from King George Island, some 750 miles from South America’s southernmost tip. the 76-foot yacht has since been recovered. But, for a time, this was a dive site like nowhere else on Earth. 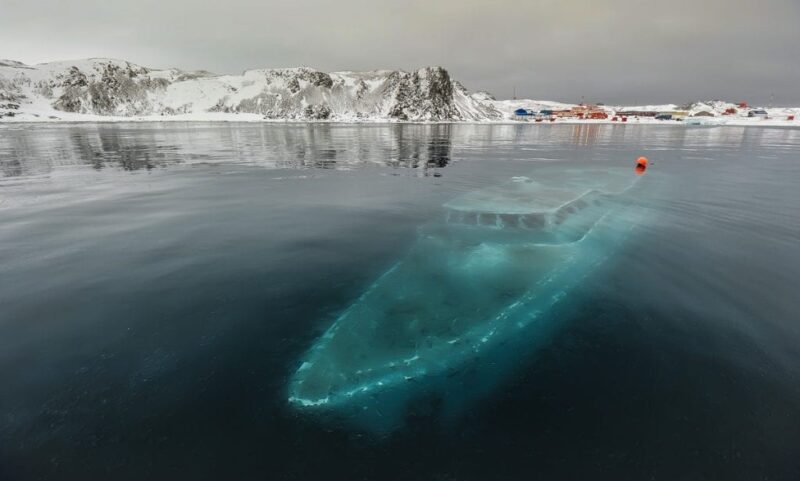