13 Most Extreme Places to Visit on Earth

Be prepared and pack a full survival kit for Death Valley. This may sound dramatic, but California’s killer desert is an extreme environment, and those ill-equipped risk paying the ultimate price.

There are countless dangers in Death Valley, with rattlesnakes, scorpions and black widow spiders prowling the desert floor, and abandoned mine shafts and tunnels that are hidden from sight. But the greatest peril here is the extreme temperature. Put quite simply, Death Valley is hot. 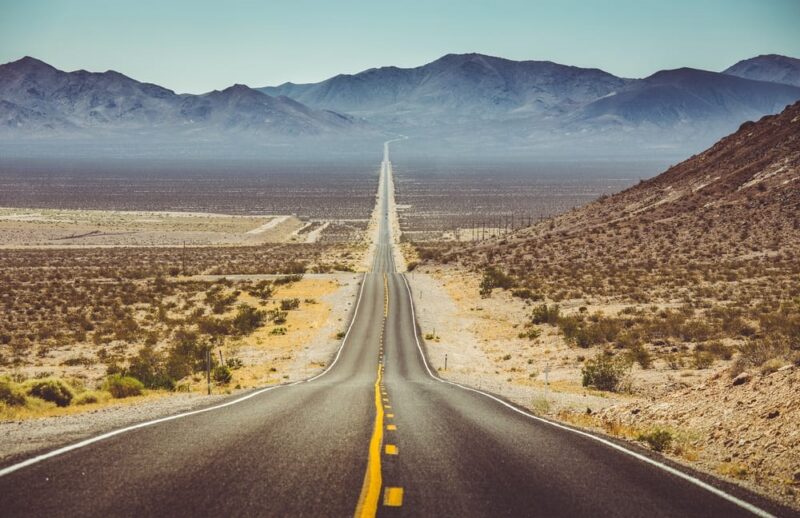 Regarded as the driest place on the planet, Atacama is arid. In some parts of this desolate landscape, less than 15mm of rain falls on an annual basis. In such a barren environment, life is limited and little can survive. Remote and eerie, it’s no place to be unprepared. surprisingly, people live here, in a desert that runs from northern Chile up to southern Peru, on South America’s picturesque Pacific Coast, just west of the imposing Andes. It’s a punishing existence, and the countless abandoned mining towns that dot Atacama’s endless sands tell their own tale. 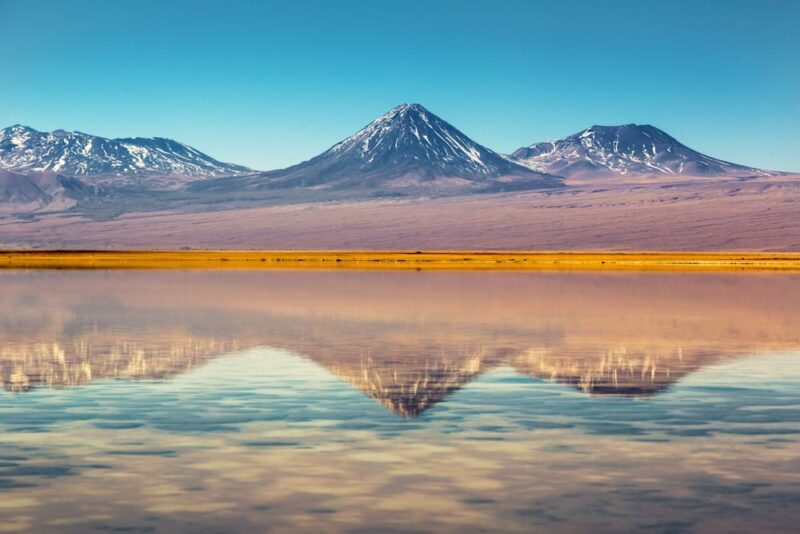 The sun often shines at Vostok Station, but don’t be fooled. This is a harsh environment renowned for being cold. The lowest natural temperature ever recorded on Earth (-89.2C) was taken here. Extreme indeed, this is not a place to be underestimated. there are few people to be found at this remote Russian research station, established in 1957, and still manned today, with 25 scientists and engineers based here during the short summer months, and just 13 brave souls remaining in winter, when temperatures plummet and survival becomes a significant challenge. 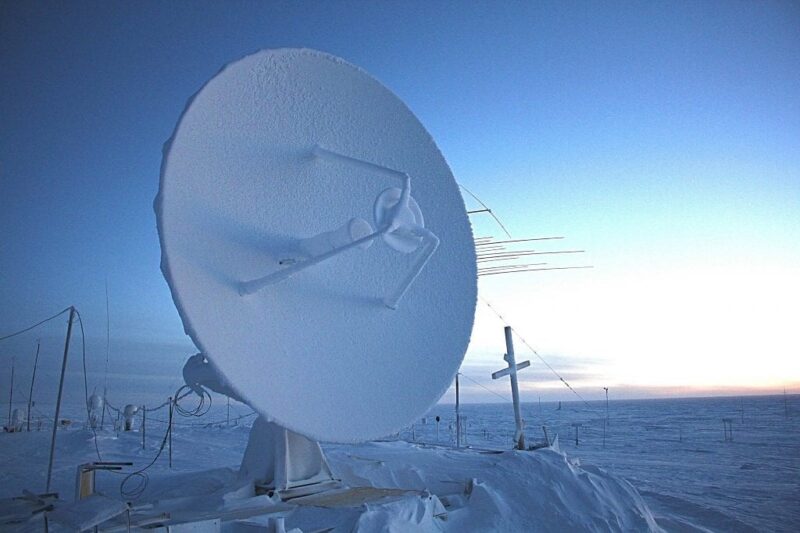 Planning a trip to Mawsynram? You’d better bring an umbrella. Located in the East Khasi Hills in northern India, the sodden village is considered the wettest place on the planet. Boasting, on average, almost 12,000mm of rain on an annual basis, Mawsynram’s climate makes it an extreme location. 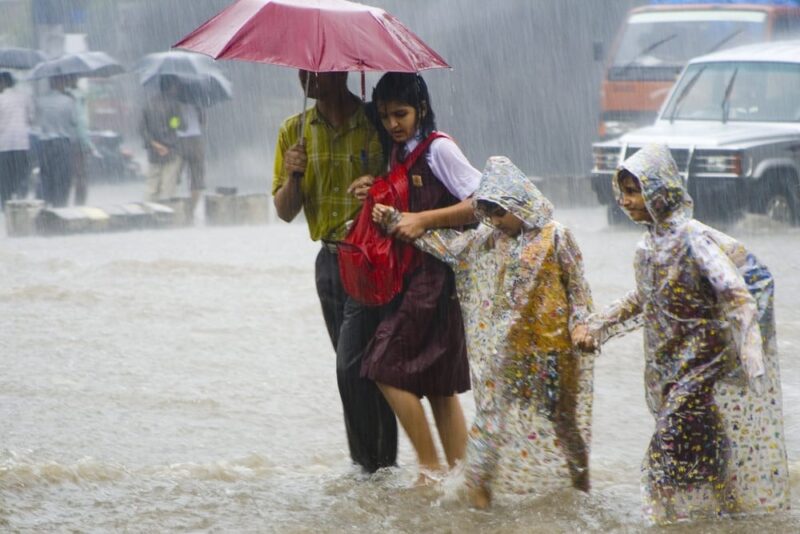 Located in south-western Bolivia, striking Salar de Uyuni has to be seen to be believed. The largest salt flat on Earth, this is a barren place, with few features or landmarks, and home to limited life. That ensures that this is an extreme environment. It also makes Salar de Uyuni a fascinating place to visit. 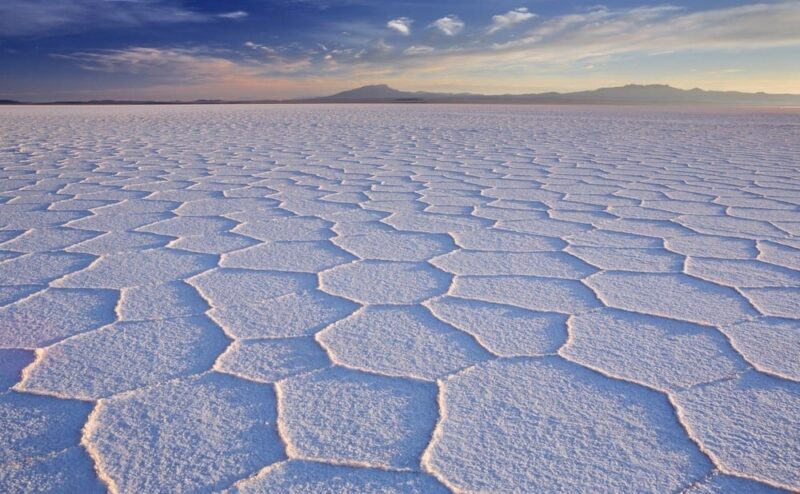 There’s a hill in New Zealand that, at first glance, couldn’t look less extreme. Located close to Porangahau in Hawke’s Bay, it’s modest in size – the summit standing at 1,000 feet – and carpeted in grass. it’s the hill’s moniker that makes this an extreme location as its ridiculously lengthy name is believed to be the longest place name on the planet. 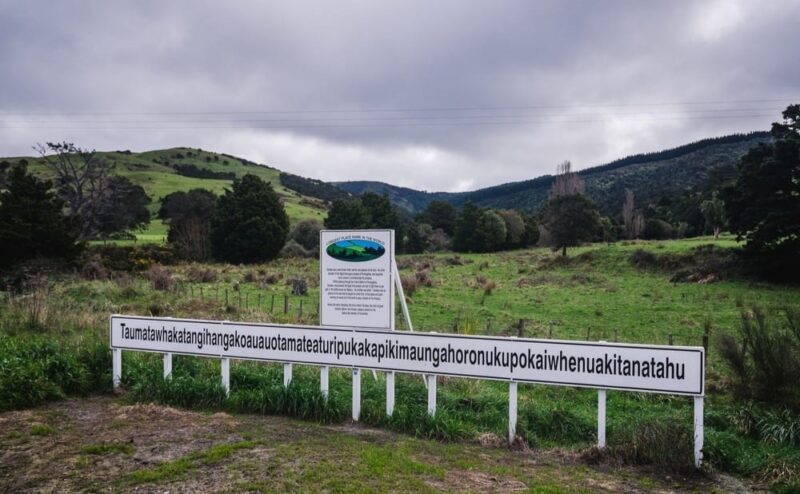 Commonwealth Bay is no place for the faint of heart. Regarded as the windiest place on the planet, this is a wild location and a land of great extremes. Cold and remote, few visitors ever make it here. Those who do experience this Antarctic environment at its fiercest tend to regret it. discovered in 1912 when it became the headquarters of the Australasian Antarctic Expedition, 18 men spent two bleak years living in ramshackle wooden buildings here before the project was abandoned. Those buildings still remain, but their residents have long gone – this a harsh environment that is hostile to human life. 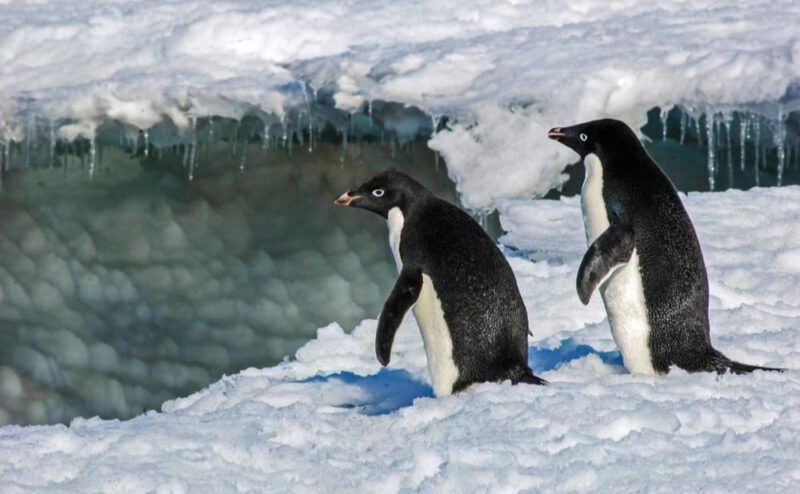 It might sound like the perfect place to spend a little time, but Paradise doesn’t always live up to its name. Located on the southern slopes of majestic Mount Rainier, this is a picturesque location, for sure. but the extreme weather for which Paradise is renowned means this is no place for the unprepared, with wild conditions commonplace and those ill-equipped often requiring rescue. 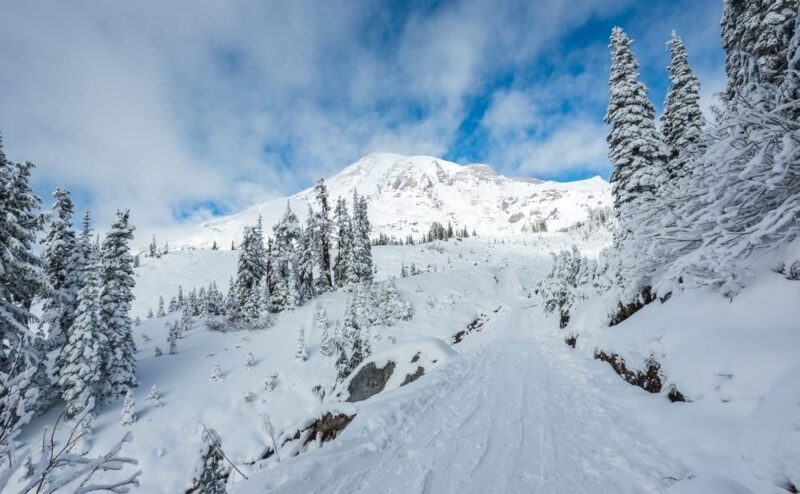 You might think that Mount Everest is the highest point on the planet. You’d be mistaken. That honor, in fact, goes to Chimborazo, a stratovolcano in the Andes that few people outside of Ecuador have even heard of. this might sound far-fetched, such is Everest’s awe-inspiring altitude, but science has ruled that Chimborazo is the highest. this anomaly is due to the fact that the Earth is not a perfect sphere. The planet is, in fact, an oblate ellipsoid, a misshapen circle that is flatter at the poles and that bulges at the equator. 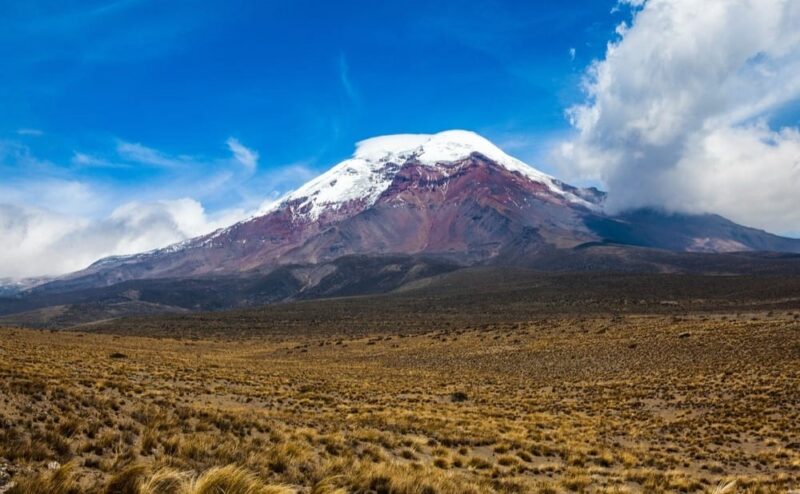 Located deep in Siberia, Oymyakon’s claim to fame is its cold, cold climate. This remote village in rural Russia is considered the coldest permanently-inhabited place on the planet. Thinking about moving in? You need to be tough in order to survive here. oymyakon is the coldest spot in the Northern Hemisphere, with Vostok Station in Antarctica the one place on the planet prone to lower temperatures. There’s a monument here to mark the time when, in the 1920s, temperatures dipped to -72.2C. 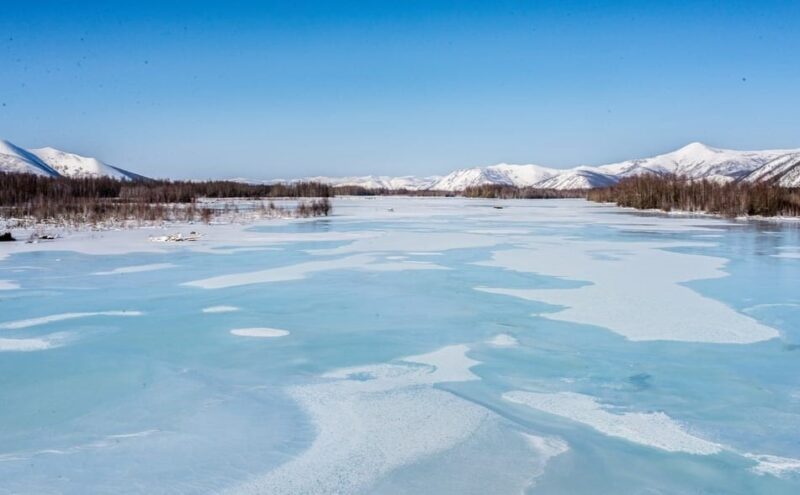 There’s nowhere else on Earth quite like the Dead Sea. Located in the Jordan Rift Valley, with Jordan to the east and Israel and the West Bank to the west, this ranks amongst the saltiest bodies of water on the planet. some ten times saltier than the ocean, floating in the Dead Sea’s waters comes easily. Surviving there? That’s not quite so simple. Because the Dead Sea is so salty, life is limited, this a harsh environment that makes it all but impossible for plants and animals to thrive – hence the name. 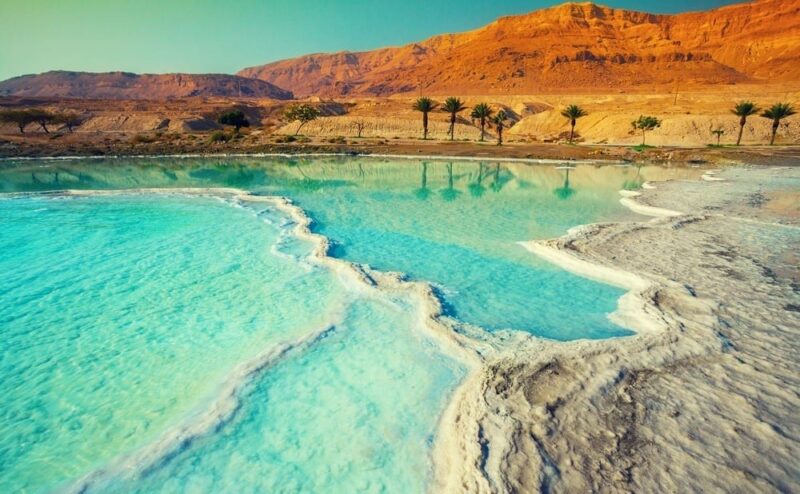 Krubera is the deepest known cave on Earth. Just reaching the entrance is a significant undertaking, this located deep in Arabika Massif, part of a remote mountain range in Abkhazia, a breakaway region of Georgia. made the long and difficult trip? Your challenge has just begun. Krubera is one of just two known caves that are deeper than 2,000 metres. When Ukrainian explorers discovered its remarkable depths in 2001, it took them two weeks to reach the bottom. 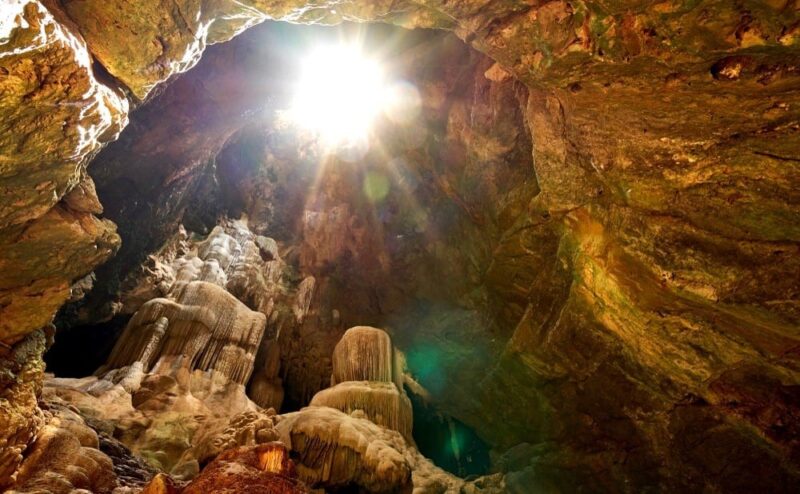 Reaching Angel Falls can be a complicated affair, but those who do make the journey deep into Venezuela reap rich rewards indeed. The highest uninterrupted waterfall in the world always makes for a spectacular sight. it might be hard to get to, but there’s no doubt that making the effort is well worthwhile. Standing 979 metres tall, with an awesome 807-metre plunge, Angel Falls rumble, the waters tumbling over the edge of the imposing Auyan-tepui, in Canaima National Park, and onto the rocks far below. 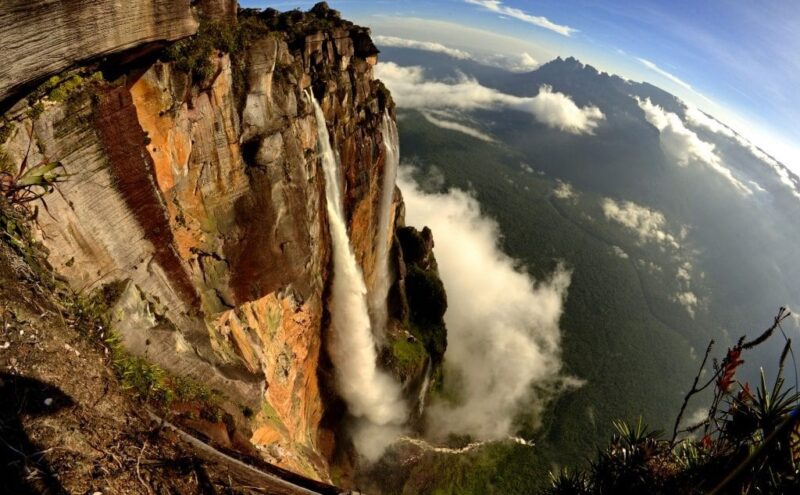