interesting festivals around the world 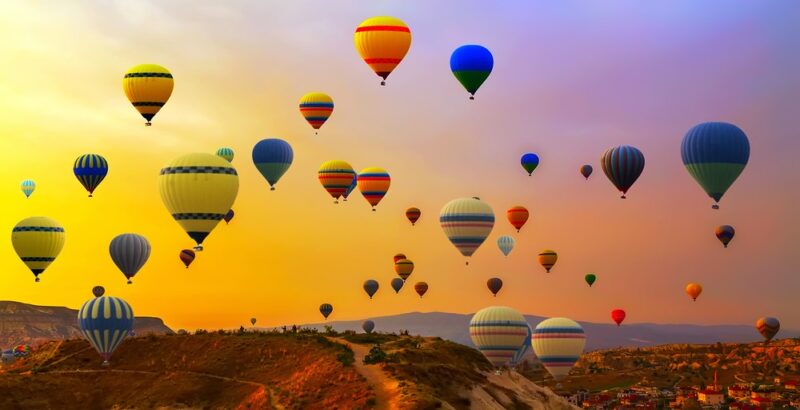 Holi is one of the largest traditional Indian festivals, which is held every year at the beginning of spring according to the Indian calendar and represents the revival of nature and the arrival of spring. This ceremony is a sign of the happiness of the Indian people to continue living and in fact the joy of the victory of good over evil. Sprinkling colored powders, buckets and balloons full of colored water on each other is one of the rituals of this celebration in India.

In Hindu beliefs, good victory over evil is achieved by burning the devil named Holika, thanks to the Hindu god Lord Vishnu. 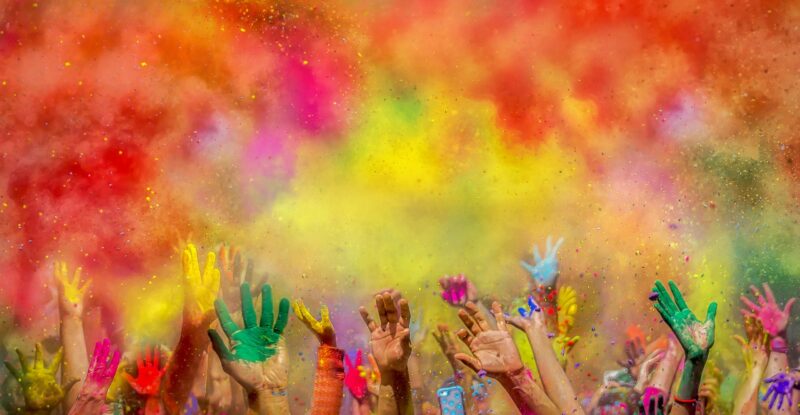 3. Day of the Dead Ceremony

Day of the Dead (Dia de Muertos) is a Mexican festival that dates back to a civilization that believed that the spirits of the dead would be comforted by receiving gifts and sacrifices. The three-day festival begins on the evening of October 31 and ends on November 2, a day that Mexicans believe will bring back the spirits of children and adults. mexicans gather during these three days to escort the dead to travel and pray for the peace of their souls. they make up their faces like skeletons or wear masks like the dead. People believe that the spirits of the dead wake up on this day and celebrate with them. 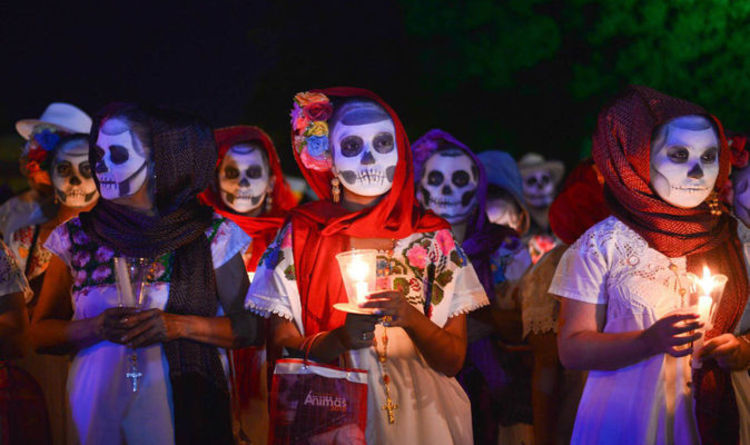 The Japanese Cherry Blossom Festival is reminiscent of Japanese culture. The Japanese Cherry Blossom Festival is held in Tokyo from late March to mid-April. these beautiful cherry blossoms, known as sakura, attract the attention of many foreign and local spectators. The beautiful color of pink blossoms is spread all over the city and people celebrate this great event and consider it a symbol of Japanese culture. 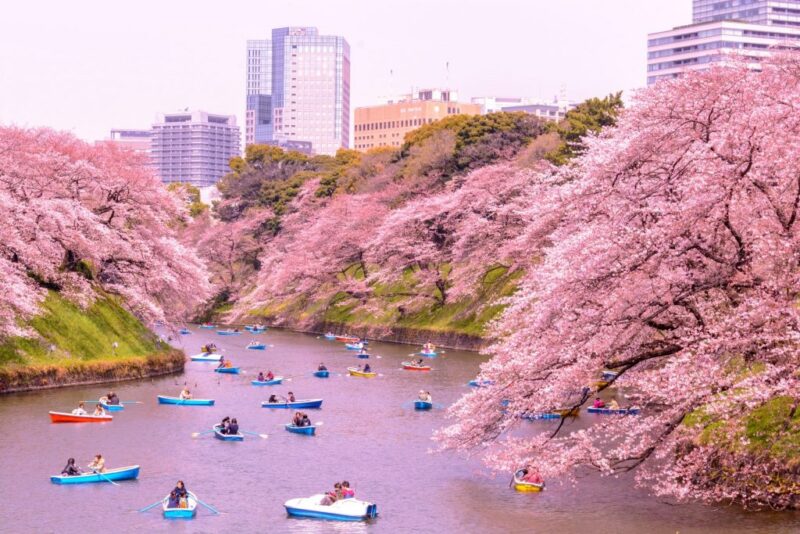 This is the most popular autumn festival in Thailand. The festival is held in November when the moon is full. During this festival, thousands of lighted candles are floated on rivers and streams to be dedicated to the spirits of the rivers. In Chiang Mai and other parts of northern Thailand, people hold the Loi Krathong Festival with the Yi Peng Festival and send thousands of paper lanterns to the sky wishing them good luck. 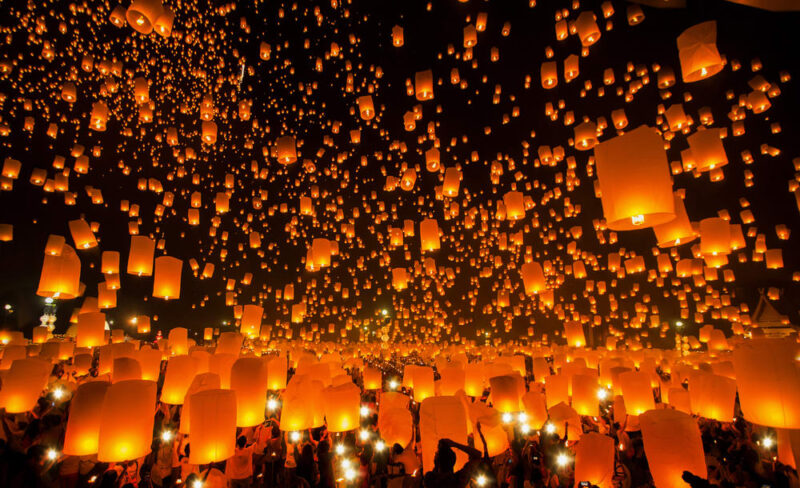 The Venice Carnival is one of the biggest touring festivals in Italy. In Italy, the festival is known as Carnevale di Venezia and Carnevale. In this ceremony, people wear interesting handmade masks on their faces and walk the streets. They throw scented eggs at each other. This festival started in 1162 years before the formation of the Republic of Venice and since the time of ancient Rome. There are different styles of masks in this carnival and mask makers and designers have a special place in society. The Venice Carnival hosts a variety of events, such as street concerts, candlelight parades, and floating parades. 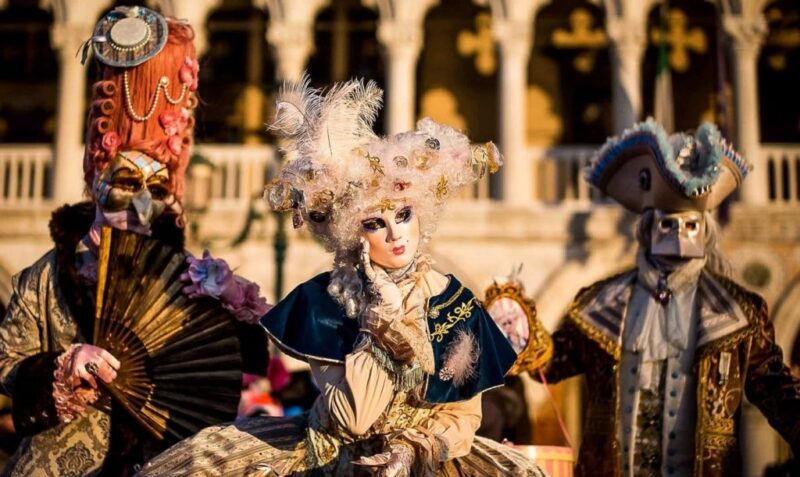 The Tomato Festival is held on the last Wednesday of August every year in the Spanish village of bunol. During the festival, participants throw tomatoes at each other. To protect the safety of the participants, there are rules that people who participate in this festival must follow, for example, participants must wear safety glasses to avoid damage to their eyes and to avoid Damage to only very ripe and crushed tomatoes. About 100 tons of tomatoes are thrown into the streets of bunol every year at the festival. 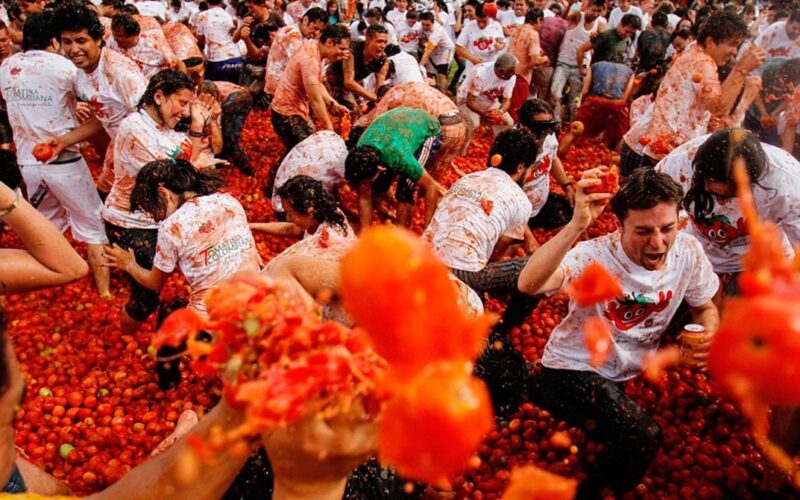 Diwali is a five-day festival held as a prelude to the New Year throughout India. In the days before the festival, all the houses are cleaned and tidied and the windows are opened to welcome Lakshmi, the goddess of wealth and prosperity. In all the houses, whether in the rich or the poor in India, orange lanterns called Diya are lit to greet and greet Lakshmi.

Diwali is originally performed on the third day. When the moon sets completely and the sky is completely dark. On this day, a Thanksgiving prayer service called Puja is held. After prayers and worship, people visit each other and exchange sweets and gifts. At dusk, houses and streets are decorated with countless lights, lanterns and candles. And people gather outside the houses and wait for Lakshmi to enter the house and bless it. 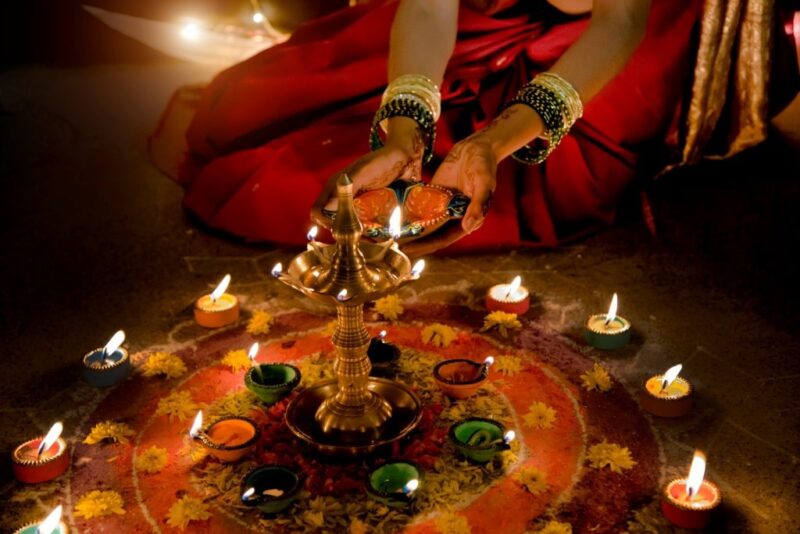 Tsecho is held every year in honor of Guru Rinpoche, the famous Buddhist master in various temples, monasteries and castles throughout Bhutan on the eastern slopes of the Himalayas. According to history, Guru Rinpoche visited the Bumthang region at the request of the ailing King Sindu Raja and performed a series of rhythmic movements with the sacred mask to restore the king’s health. 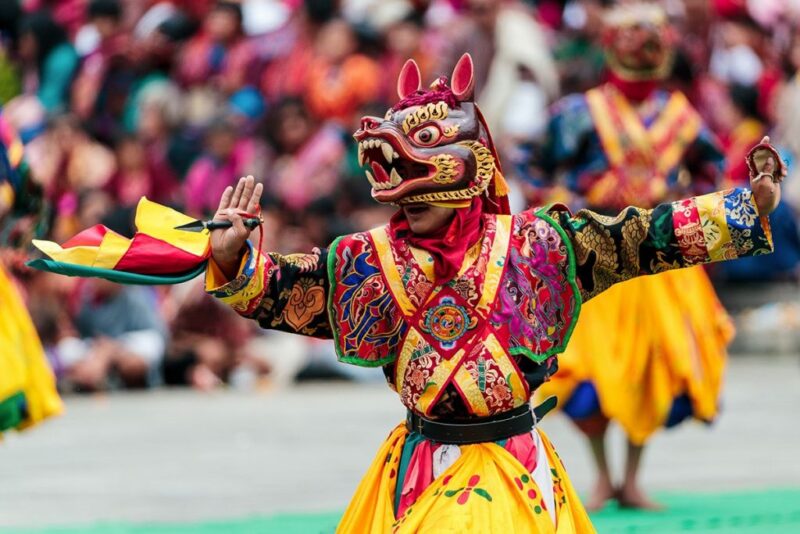 The main symbol of Halloween is a pumpkin that is emptied inside and scary eyes, eyebrows and mouth are placed for it, and by lighting a candle inside the pumpkin, they give it a scary effect. The holiday was brought to the Americas by immigrants. Halloween lasts for three days and nights and is celebrated every year on October 31. People come to the ceremony with painted faces, strange costumes and scary looks. Children go to a neighbor’s house to collect chocolates and sweets. Religious ceremonies are also performed on this day, and some Christians abstain from eating meat at night these days. 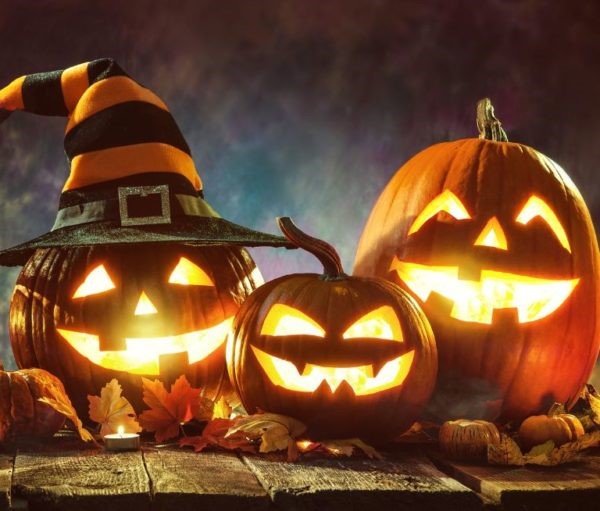